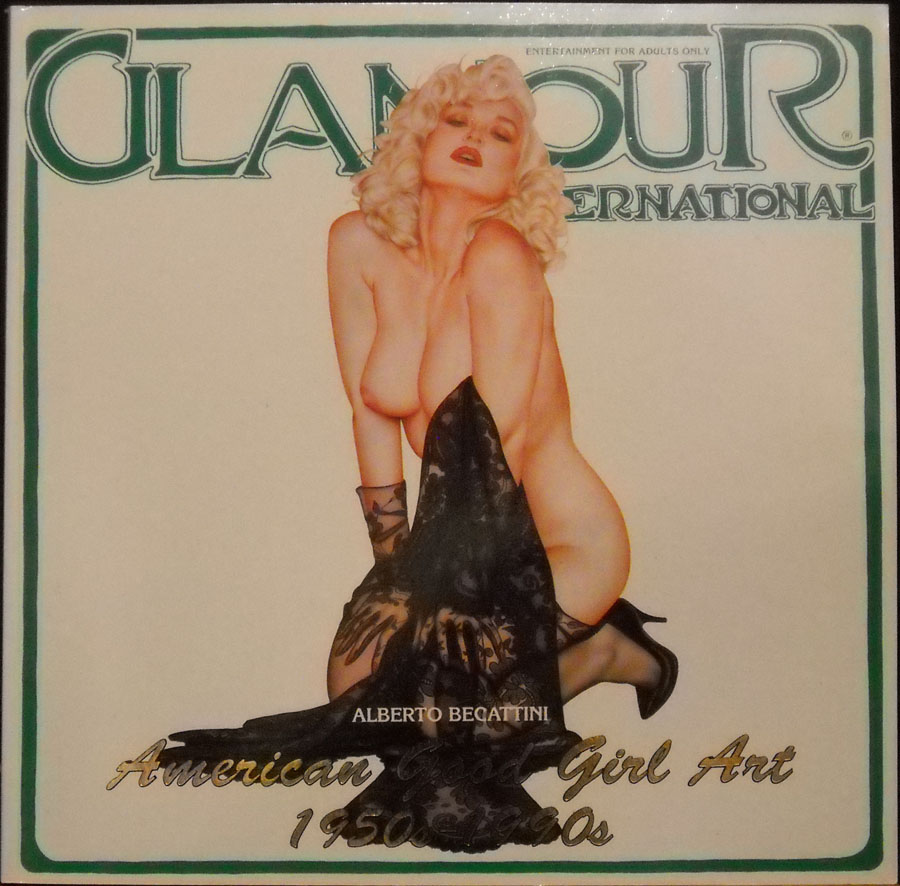 10/92 - American Good Girl Art - 1950s - 1990s. This 100 page issue features a FC by Olivia de Berardinis ('Smoothies' - same as 'O' card #JB 710) and the BC is Little Annie Fannie - the same illustration as used on the cover of the Playboy special edition by that name. This is basically a continuation of #17 in the same format and featuring artists from the 50s - 90s. The entire book is an alphabetical list of American good girl artists from the second half of the 20th century - well over 100. It includes artists from a wide variety of fields such as illustration, fashion, advertising, comics, and, of course, mens magazines. There is a short bio of each artist as well as a summary of their career with a list of their works. Jam packed with hundreds of illustrations including book & magazine covers, comic pages, calendar pages and loads more.
Product #: glamint.19
Number in Stock: 4
Price: $45.00