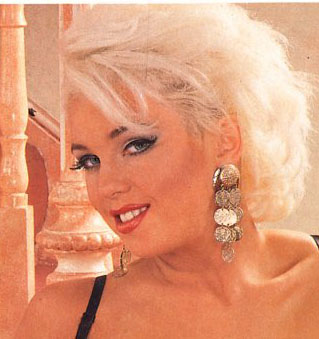 Busty, platinum blonde British model from the early 90s. Usually appeared w/ only a single name - often Dawn or Sharon. Was Dawn in MEN ONLY v56 #9 and Sharon in MEN ONLY BEST OF #26. Numerous apps in US CLUB as Sharon.