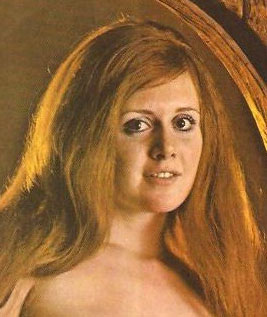 Red headed model usually with fairly long hair appeared in numerous mags from about 1972 - 1974. Was a frequent Covergirl and/or CF.

Appeared under several variations of the spelling above including Kathy Welsh and as Kathy or Kathie w/ assorted last names. Appeared as Joan Higgins in Modern Man 9/72 - was covergirl w/ pictorial.

It also seems that she made a number of apps using the name Brandy - with various last names attached. I'm not 100% sure on all of these and any additional information/verification would be appreciated. 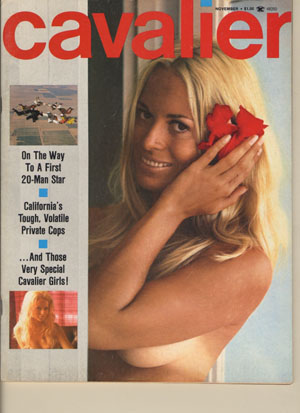 Covergirl Heidi also has 4 pgs. Julia Bond has 5 pgs inc CF. Kathie Welch (aka Joan Higgins) and Barbara Caron each have 4 pgs. A feature on skydiving - the first 20 man star, an article about the JFK Presidentail library and a 2 pg article about Rolling Stones. Vaughn Bode "Deadbone Erotica" 3 pgs in color. VG+ copy is very bright & glossy, Good copy has fairly heavy water marks throughout but no stuck or brittle pgs.
Read More... 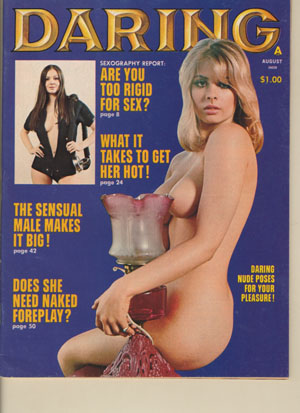 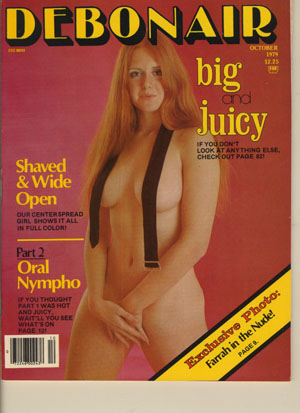 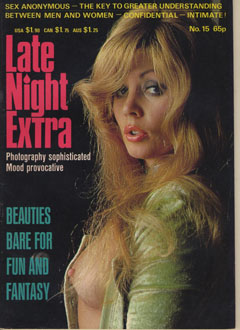 Product ID: lane-v1.15c
1975-11 - British mag from the same people who produce GIRL ILLUSTRATED (Plant News Ltd). Very nice oversize (12" tall) books, 80 pages in length. Basically all photos, many full pg, with quite a bit of color. All photos and mag in general are very good quality. All models are attractive and tend to be busty. These are full of familiar faces so you should be pleasantly surprised. This issue features 14 diff models, of which 7 have 6 pgs each, 6 have 4 pgs each and Sadie has 8 pgs - no actual 2 pg CF. Covergirl is Penny Irving.Trudy Eyre has a nice 4 pg feature as 'Lisa Shannon'. Medina Count (aka Medina Court) has 6 pgs. Kathy Welch full pg color pin-up on BC as 'Vickie Valentine'. Several other very familiar faces in this one. Very bright & glossy, lightly read - FINE
Read More...
Number in Stock: 1
Price: $25.00 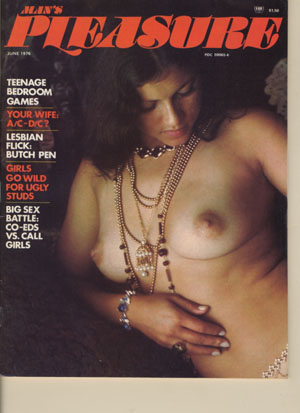 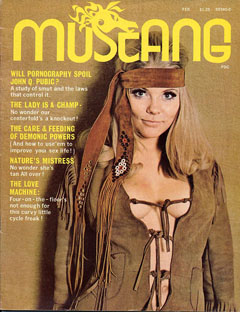 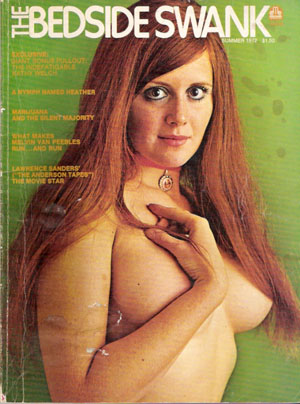 Product ID: swan-bdsd1972-2f
Popular redhead Kathie Welch has close up FC + big 8 pg feature inc unusual 4 pg foldout that is 2 pgs high x 2 pgs wide and is still attached but has some tears. 11 more girls make an even dozen plus an article on marijuana. This one has been handled quite a bit, covers are rough but interior is in good shape - Good
Read More...
Number in Stock: 1
Price: $5.00

Loads of girls w/ made up names. Kathie Welch has 4 pgs as 'Minette' and 7 more girls each w/ 4 pgs.. Plus the Great Canadian Bathtub Race, the Museum of Crime in Paris and California Wine. Bright & glossy - FINE
Read More... 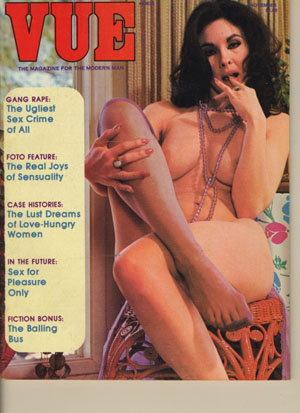