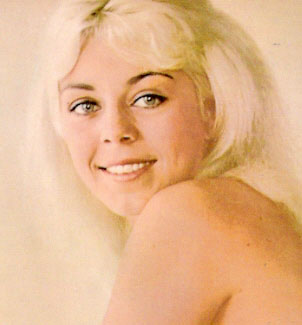 There is also one photo set of a model by the name of Paula Angelus (with a 'U' instead of an 'O' - spelling is from Coquette v1 #3) wearing a jewelled tiara which was used repeatedly in early PN slicks (Coquette v1 #3, Tonight v2 #4 w/ CF and Trojan v2 #2 as 'Nelly'). These all seem to predate the apps of the girl under discussion and I don't believe they are the same girl - anybody know for sure?

Just to complicate matters, it seems that popular model Shirley Quimby has several mid 60s apps under the name 'Paula Angeles' (spelled with an 'E') - see FLING 3/67, FOLLIES 5/66 & MILLIONAIRE 8/64. Again, I don't think this is the same girl as above. 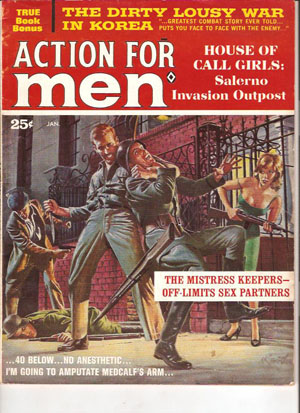 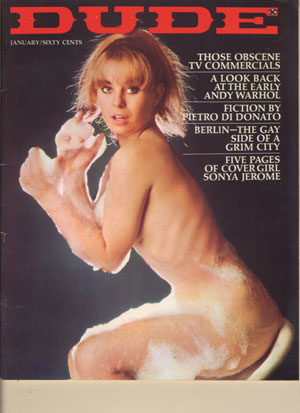 Product ID: dude1968-01d
Sonya has FC + 5 pgs, Paula Angelos has 4 pgs inc CF and Sharon has 3 pgs. Pictorial features on an English Wica cult and West Berlin plus articles about Edinburgh University and Andy Warhol. Plus an interview w/ Alessandro Serenelli - the killer of the girl-saint Maria Goretti. Bright & glossy, a couple of minor spine streses and small date stamp on BC - VG+
Read More...
Number in Stock: 1
Price: $20.00 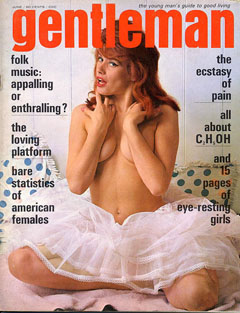