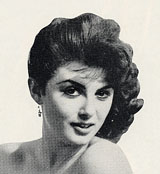 After a scandal involving bondage photos, Rosa disappeared to be replaced by a blonde Eve Eden. The blond phase lasted for about 2 years and appearances include ESCAPADE 6/61, GENT 8/61 and HI-LIFE 3/62.

By the time of her appearance in MODERN MAN 6/63 she had returned to her original dark hair but in a shorter style than the 50s. Continued to make scores of appearances in dozens ot titles throughout the 60s including Front Covers of DEBONAIR, 3/68, ESCAPADE 8/63 and TRUE ADVENTURES 2/67. 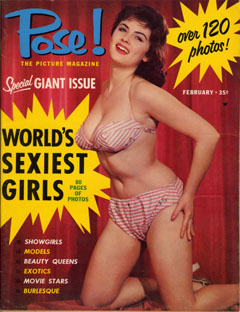