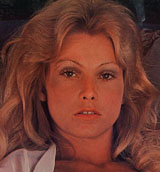 Slim attractive blonde model with shoulder length hair who appeared in all the major titles from about the end of 1976 to early 1977 and then seems to have disappeared. Was a frequent Covergirl and/or CF but usually appeared with only a single name - different in almost every mag.

Felice Carr is the name used in the British mag MEN ONLY and is the only thing close to a real name I can find. 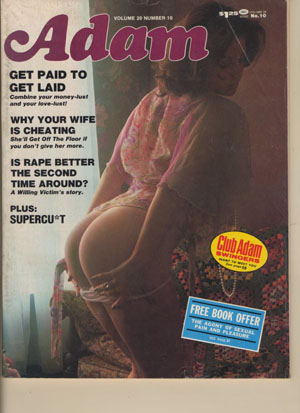 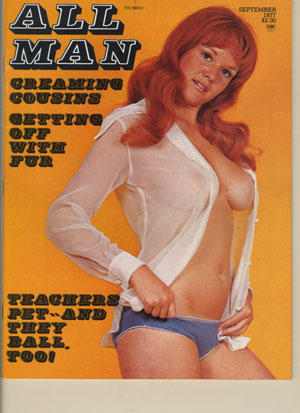 Marlene Willoughby has 11 fantastic Pages. Veri Knotty has 9 pages inc CF. Felice Carr has 7 pgs as 'Ann Logan'. "S" has 5 pgs (she was also in 8/76). Neal Adams has 5 pgs of 'Over and Under' comix. Lecherous Limericks by Isaac Asimov.
Read More...

April has FC + 9 pgs, Felice Carr has 12 pgs inc a 3 pg foldout CF as 'Laura' and Sonja has 9 pgs. Articles about violence in ice hockey and the murder of reporter Don Bowles.
Read More... 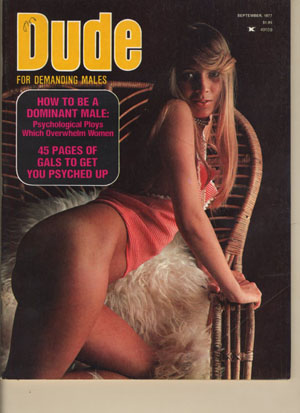 Product ID: dude1977-09c
Names are BS but I bet you recognize almost everybody in this one! Linde has 6 pgs inc CF, Lynn Clark & Lolita have 6 pgs each (Lolita is CF of Nugget 10/78 as 'Chili'). Shelaugh Appleby and Susan each have 5 pgs, Rosemary Flynn and Felice Carr (Covergirl of Club 8/76 and CF of 9/76) as 'Debbie' each have 4 pgs. Plus a girl w/ a guy in a gorilla suit, an anonymous couple - but the girl looks like Susan Yoha (CF of 1/77) and an article about gambling in Britain. Bright & glossy, small price written in upper left corner and very light clean crease in bottom right corner - VG+
Read More...
Number in Stock: 1
Price: $15.00 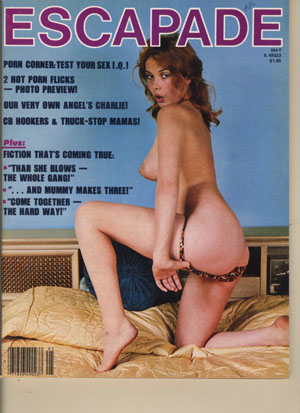 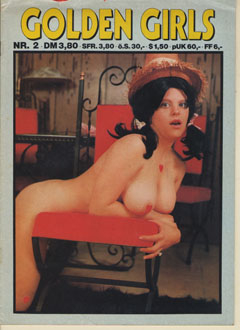