Unlike most other titles that published 'Best Of' or 'Special' issues that generally consisted of reprinted material from regular monthly issues that is NOT the case with a good number of the CHERI issues listed here. Although some of these do consist of reprinted material, some contain all new material that did not appear in regular monthly issues and still others are a combination of reprints and new material. In the case of reprinted material I have cross referenced what appears in the special issue with the original source magazine and the dates listed are those of the original source. In many cases what appears in the special issue is identical to what appeared in the original source and no other information is given. However, a significant number of the features in the special issues differ from the sources and in those cases I have noted the differences. This information applies ONLY to the photos and does not include cases where the text accompanying the photos may have been changed slightly or other inconsequential differences.

The first 2 CHERI specials were published in 1980 and they were titled 'Women In Lust' and 'The Breast of Cheri'. Beginning in 1981 the series was titled 'Cheri Collector's Edition' and numbered sequentially. The first issue from that series was titled 'Wet Dreams' and each succeeding issue had various subtitles, the most common of which was the 'Breast Of'' designation.

All of these thru Collector Edition #16 are squarebound with 100 pgs, #17 switches to a stapled spine. 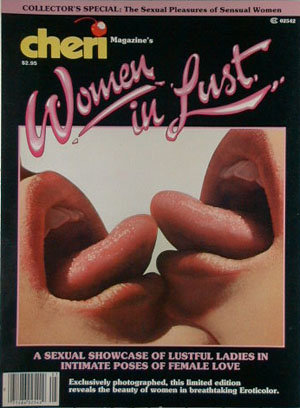 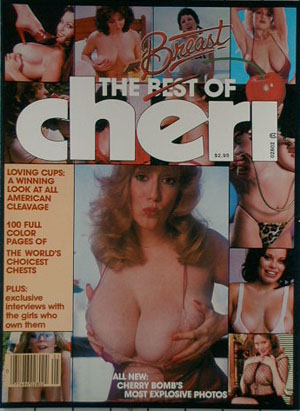